Introducing Gofere, the Leading Sportswear Brand Made in Ethiopia Ethiopia is a football-crazed nation. Besides Europe’s top flight leagues, the local teams run through the veins of Ethiopian fans.

Often distinguished by the jerseys they wear and the loud chants that follow pre- and post-games, football fans in Ethiopia are passionate and colorful.

But behind this much-loved sport, its teams, and fans, there is one Ethiopian company that has firmly dominated football in Ethiopia.

In fact, this Ethiopian sportswear company is behind the official kits of 15 of the 16 clubs that play in Ethiopia’s premier league. This brand has not only dominated Ethiopia’s market but is also the kit supplier for several clubs in East Africa.

“Football fans who watch Ethiopian games know who we are,” says Samuel Mekonin, CEO and co-founder of Gofere Sports.

Gofere Sports is an Ethiopian-based sports brand that supplies a range of apparel to professional and amateur sports clubs.

Established five years ago, Gofere’s journey started like most entrepreneurs’ stories, and that is by noticing a huge problem in Ethiopian football and thinking of a way to solve it.

Samuel, who was working in marketing back then after graduating in mechanical engineering, always had a love for the fashion and apparel industry.

Samuel, with his friend and co-founder Hassen Mohammed, observed how large clubs in Ethiopia had no available sportswear for their fans, and the ones on the market were made in China.

In addition, in the past, some of the teams used to purchase their jerseys from any available store, which led to big issues such as lack of consistency and quality.

“Clubs should have their own unique appearance, and on top of that, their fans should also have a way to wear their looks as well,” states Samuel

They called their brand Gofere because of the significant meaning that word holds. It implies strength, courage, beauty, and bravery in Ethiopia across multiple cultures.

“We wanted it to be something that people accept proudly as an Ethiopian product and show it off on TV,” said Samuel.

Gofere that was created so that each team has its own colors and style in its jerseys, designs, manufactures, and puts its products to the public in-house.

“We do the branding, the marketing, and everything that goes with it, unlike what is traditional in most of the world,” says Samuel, relating it to how brands usually create their brands and then take them to a manufacturer to get them produced.

Gofere has grown from a small idea that Samuel and Hassen had into a large, revolutionary sportswear brand that’s is representing Ethiopia.

“Gofere’s journey is very fast,” Samuel describes the past.

Gofere started with five sewing machines with a capital of 150,000 birr. Now they have a production capacity of 3000 products per day and have more than 150 employees in Ethiopia, as well as sales teams in Uganda and South Sudan.

All the teams that play in Ethiopia’s Betika Premier league, except for Bunna, Ethiopian Coffee Sport Club, have their kits supplied by Gofere.

Nine female football clubs and many more minor teams throughout Ethiopia have Gofere as their kit supplier.

Moreover, Gofere has signed deals with the Ugandan Gaddafi Modern FC, South Sudan’s Munuki FC., and Malakia FC to be their official kit supplier for the next three years.

Gofere also has its own football competition called the Gofere Cup, which the founders came up with as there are not many championships in Ethiopia, and it was a way for them to freely show their products while having something that the fans enjoy watching as well.

The global sportswear market was estimated to be $366 billion in 2021. Nike, Puma, Adidas, Under Armor, and Umbro are some of the giants in the industry.

For a long time, the sportswear market in Africa was dominated by these top foreign brands. In spite of the harsh competition and manufacturing challenges, African firms are rising to the challenges in places like Nigeria and South Africa.

These indigenous companies are upping their games now. Ethiopia’s Gofere is a showcase of this trend, and it could be said that, as a local sportswear brand, Gofere is the first one in Ethiopia.

“A lot of products are manufactured here. But there aren’t brands that proudly carry their logo on their chest,” Samuel tells Shega.

“Whenever people hear about a sportswear brand in Ethiopia, they are surprised because they don’t expect things like that to be produced here. They also doubt the quality and strength of a product made here,” he added.

When talking about how much product sales Gofere has at the moment, Samuel expressed that it’s hard to put into numbers and instead listed out the different kinds of customers they had, including sports academies, athletics, basketball, volleyball, and boxing teams.

They have also inked partnership deals with the Ethiopian Football Federation, The Ethiopian Great Run, and several other sports federations in Ethiopia.

“Our products are accessible and affordable to all and have the potential to reach and represent not just the Ethiopian teams that wear our gear but also individuals who want to use our product to the gym or for any sports-related activity,” said Samuel.

Gofere is about to open its new production plant here in Addis Ababa in a month. Once the new factory opens, it will be able to produce around 5000 products a day in its first phase, which is planned to progressively increase.

In the upcoming six years, Gofere plans to have more than 10,000 employees, including sales teams across Africa. The company also told Shega that the annual revenue for Gofere Sports for this year was between 70-100 million birr. 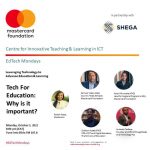 The Case for Central Bank Digital Currency in Ethiopia 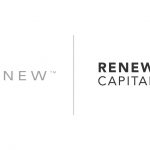